A computer is a multipurpose electronic device that can receive, store, process data and deliver information. A computer takes data such as numbers, text, images etc. as input and then process those data and converts those to useful information. Additionally, a computer can also store data and information both for future use. Also a computer can perform scheduled tasks.
Computers are programmed devices. Computer programmers write programs or software for computer which actually takes input, process it and outputs information. 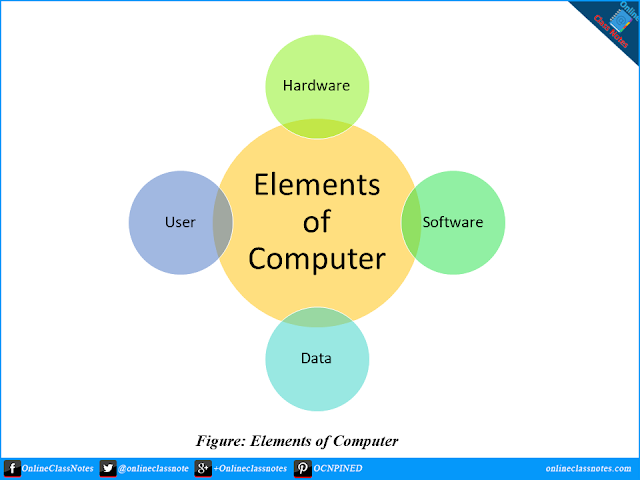 Computer Hardware is any part of the computer that can be touched. These are primarily electronic devices used to build up the computer. Computer Hardware actually perform the computing operations along with taking input and sending the computed result as output or to storing that. Processor, Memory Devices, Monitor, Printer etc. are computer hardware. Monitor is used to display output such as video, texts etc. while Printer is used to print documents, images etc. These are electronic devices and can be touched. Both monitor and printer are output devices.

Software, by definition, is a collection of computer programs, procedures and documentation that performs different tasks on a computer system. Software can specify the processors instruction through which the processor can change the state of computer hardware in a predefined sequence. Briefly, computer software is a language in which computer speaks. There are various types of software to do various tasks. Operating Systems such as Microsoft Windows 10, Word processing applications such Microsoft Word etc. as computer software. We can’t touch these as they are all virtual. But we can use them using various input devices and can get output from them using different output devices. For example, we can use keyboard to type into Microsoft Word and can see what we types in the monitor, we can also print out what we typed using a printer.
Read Next: Differences between hardware and software.

Functions of a Computer: 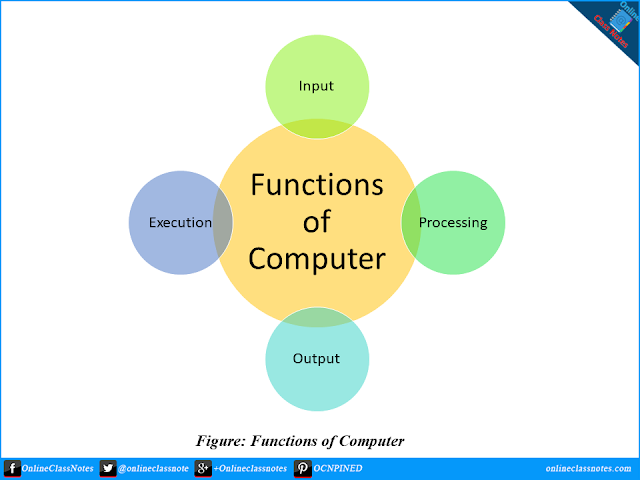 Among the 5 key parts in micro-computer, there are  memory and storage devices in it for storing data and executable codes. Generally large set of data is stored in storage devices such as hard disk drives etc. When instructed, computer loads executable data from storage to memory devices such as RAM etc. and executes them. Computer executes instructions in several steps.