Based on evolution history, programming languages are divided into these three broad categories, they are as follows, 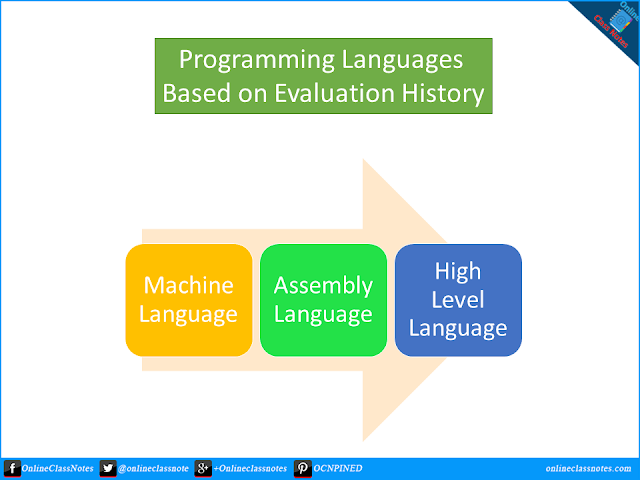