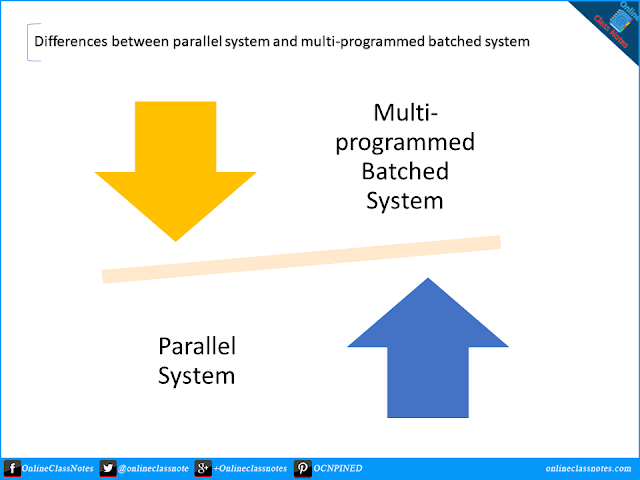 Parallel operating systems (also tightly coupled systems) are supposed to be used in machines with more than one processor connected closely where these multiple processors will be sharing memory, clock, buses and other peripherals. Parallel systems are designed to distribute a job to multiple processors to have faster speed. But the speed-ratio is for n processor is not n the times for a single processor. As, when multiple processors cooperate on a task, a certain amount of overhead is incurred in keeping all the parts working correctly. Different model of parallel systems exists, such as symmetric-multiprocessing model where each processors runs a copy of the operating system, these operating systems communicate each other when required. Another model is asymmetric-multiprocessing where each processors get a specific task to do. A master processor controls other processors and maintain the workflow. This is a master-slave situation where slaves’ checkout for tasks from masters or sit idle.