Single layer perceptron is the first proposed neural model created. The content of the local memory of the neuron consists of a vector of weights. The computation of a single layer perceptron is performed over the calculation of sum of the input vector each with the value multiplied by corresponding element of vector of the weights. The value which is displayed in the output will be the input of an activation function.

Flowchart of the Program: 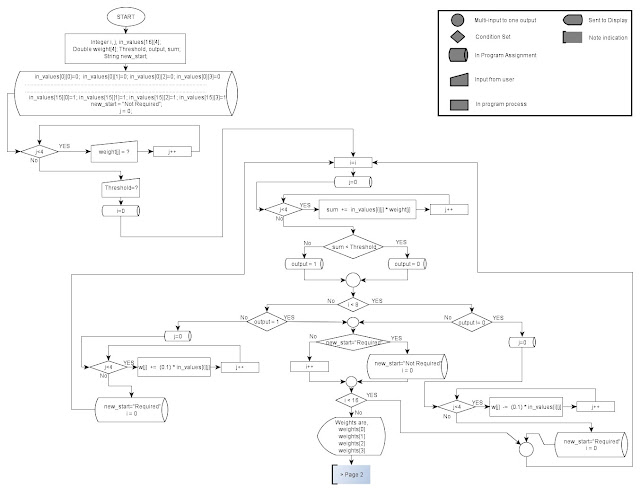 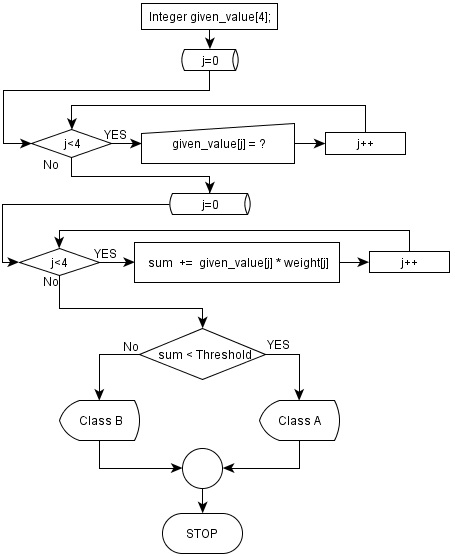 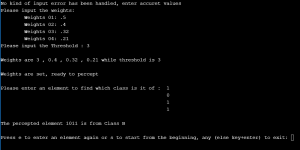 It was an assignment when I was having the course Theory of Computation. I don’t think this blog post has simplified the matter at all. However if it helps you anyway, I will be glad to know that.