Q. What are the reasons for building distributed systems?

Distributed Systems (also loosely coupled systems) are also multiprocessor systems but they will not be sharing clock, memory etc. and will be communicating with each other with high speed buses, telephone lines etc. Processors in distributed systems may vary in size and function and include microprocessors, workstations to large general-purpose computers. Some of the reasons for building distributed systems are resource sharing, computation speed up, reliability, communication etc. 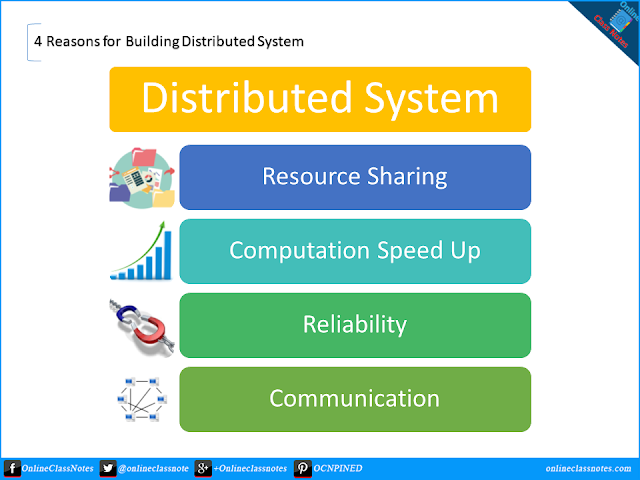 When many different sites are connected to each other in a distributed system, users of the sites will have opportunity to communicate with each other like different processes in a system communicates or exchange data between each other. For example, users may transfer file, or send e-mails or start a chat session etc.