Google adsense is awesome in case of filling your ad spaces or responding to your ad requests. To do this google adsense has a very big inventory ready all the time. But google display ads from third-part ad networks too.

In our last tutorial we knew that we can find and block less profitable and inappropriate ad categories and specific ads for our blog, so now lets see how to find and block low-paying ad networks in google adsense. 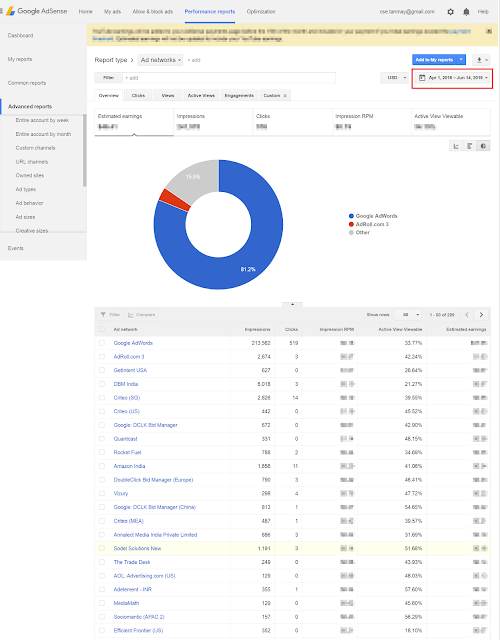 In the next part, lets see how to block those low paying ad networks in google adsense.

Okay, now switch to the browser tab in which you have the report for Ad Networks. You can optionally sort the table with the column Estimated Earnings in ascending order to find out ad networks from which you earned nothing or very low.
Now copy the name of an ad network that you want to block and then switch back to the browser tab in which you have the list of Ad Networks opened. In the search box at the top right corner of the table, paste the name of the ad network and search for it. As you will find the ad network, click on the slider-checkbox for that ad network in the Allowed or Blocked column in the table to block the ad network.

Few things to consider before blocking an ad network:

Though our goal is to block ad networks from which earn less, there are few things to consider before we block them.
Okay, so that’s it for now. Let me know how things are going on.