What is a Constant? 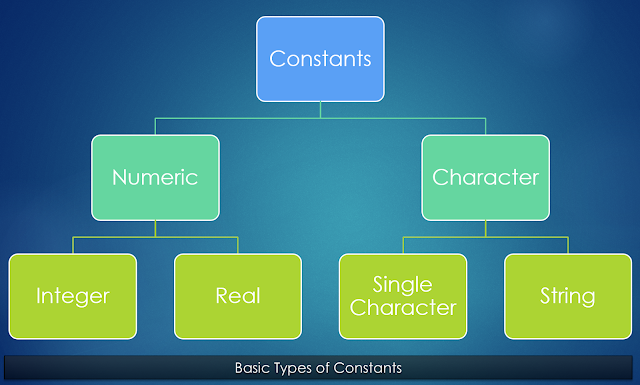 Decimal integer consists of a set of digits from 0 to 9, preceded by an optional + or – sign.

Real constants can be assigned real values, that is values with floating points. Real constants are used to represent quantities that are very continuous, such as distances, temperature etc. These quantities are represented by numbers containing fractional parts. Examples,      0.00832          -0.75               33.337

C supports some special backslash character constants that are used in output functions. For example