Functions are blocks of codes to perform specific tasks and return the result. However it is not mandatory for a function return anything and also a function is not limited to performing one task only. User defined functions are basic building blocks of a program and can be found in the basic structure of C program. 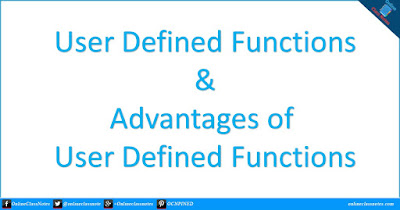 Read More: What are the elements of user defined functions?