Loops in computer programs refers to a block of code that is executed over and over based on meeting some criteria or condition. However a loop can be broke or exited from inside the loop also. The block of code in a loop keeps on executing again and again unless it meets a certain condition or being exited explicitly from inside the loop. Thus, if not well-conditioned a loop might keep on running causing the program to fail ultimately.

Depending on the position of the control statement in the loop, loops can be of two types 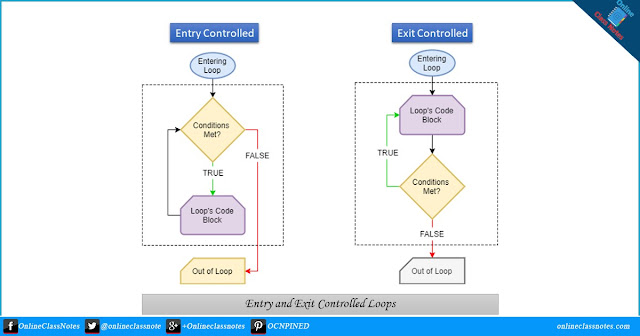